The free boiler scheme has been around for a good few years now, hundreds of thousands of free boilers have been installed in to peoples homes throughout the UK and now, thanks to the UK government, the scheme has been extended until at least 2017.

If you claim the correct combination of income-related benefits, you could qualify to have a free boiler installed in to your home either completely free of charge, or heavily subsidised. When the scheme was extended in 2015’s new financial year, some changes took place the criteria was tweaked slightly.

Before you apply for a free boiler grant, below are five things you should know; 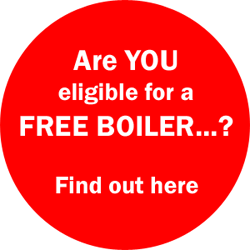